Great Taste, the acknowledged benchmark for fine food and drink, has announced its stars of 2019.
Among more than 12,000 products sent from over 100 different countries, Laudemio Frescobaldi was awarded a 1-star Great Taste award, which means “a food that releases a fantastic flavor”.
Judged by over 500 of the most demanding palates, belonging to food critics, chefs, cooks, restaurateurs, buyers, retailers and producers, as well as food writers and journalists, Great Taste is widely acknowledged as the most respected food accreditation scheme for artisan and speciality food producers.
The unmistakeable black and gold Great Taste label identifies a product which has been discovered through hours and hours of tasting by hundreds of judges.
Only 32 olive oil have received an award and we are very proud of this result. 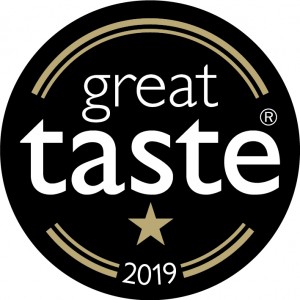